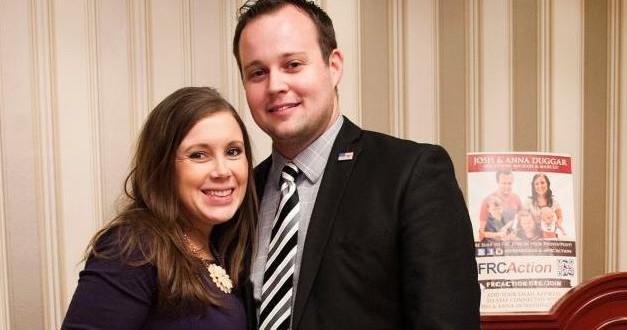 REPORT: Anna Duggar Blames Herself For Josh’s Adultery, Divorce Is Out Of The Question Because Jesus

“Anna will not leave him,” says the source. “As with her in-laws, she is turning more to her faith than ever. She and Josh are probably praying around the clock right now, I would assume.” The source says that from their knowledge of Josh and Anna and the Duggar family, “no way is she leaving him” – adding that it would not come as a surprise if “on some level” Anna tries to “absorb some of the blame.” “Maybe not publicly, ever, but privately, there will be some suggestion of whether or not she should have been more aware of the pressures Josh was under, of the issues he was facing, and how she could have better counseled him or helped him,” says the source. “She is fully and permanently committed to her marriage and her children. And she’ll have the support of Jim Bob and Michelle and everyone else in their circle in terms of staying with him and making this work,” continues the source. “Divorce is not even something that will be discussed.”

The Daily Mail looks into the bizarre Duggar family rules about putting out:

If Anna has been adhering to her mother-in-law Michelle’s top marriage tip, she will have said ‘yes’ to sex whenever her husband has wished to have it – regardless of how tired she may have been. ‘Be available. Anyone can fix him lunch, but only one person can meet that physical need of love that he has,’ Michelle, 49, told TODAY Moms in an interview last year, citing a friend’s advice. ‘You always need to be available when he calls.’ Both Michelle and Jim Bob said the advice has been a ‘lifesaver’ in their 31-year marriage. However, the couple added that there are times when they have chosen to abstain from sex. They did not get intimate in the 80 days after Michelle gave birth to each of her nine daughters. And they abstained from sex for 40 days following each of their 10 sons’ deliveries, it is reported. The parents of 19 also do not engage in sexual activity when Michelle is on her period. These sex-less stretches, which are ‘loosely based on Old Testament traditions’, are beneficial to Michelle and Jim Bob’s marriage and make them ‘look forward to [sex] even more’, Michelle said. So, if Anna and Josh have been following the couple’s advice, they will have abstained from sex for 80 days in 2009 after the birth of their daughter, Mackynzie Renée, and for two 40-day periods following the deliveries of their sons, Michael James and Marcus Anthony, in 2011 and 2013. They will also be currently abstaining from a physical relationship after welcoming their fourth child, Meredith Grace, into the world on July 19, amid controversy over Josh’s molestation scandal.

Maybe this is why the mention of Satan was scrubbed from Josh’s apology?