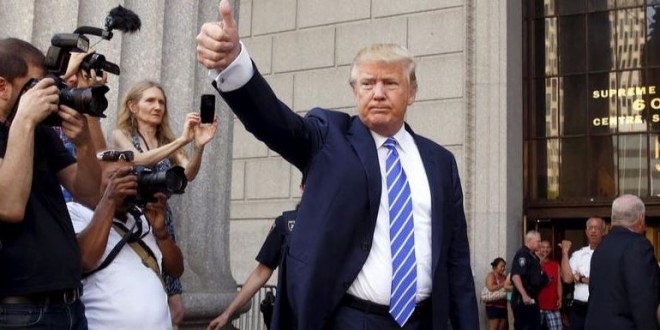 According to a new Rasmussen poll out on Friday, 57% of likely Republican voters now think Trump is likely to be the party’s nominee. That includes 25% of voters who say it’s “very likely” he’ll win the nomination. As Rasmussen notes, that’s up significantly from the 27% in July who thought it likely that Trump would be the nominee. The real-estate magnate has defied expectations and maintained his front-runner status in the polls despite numerous controversies and few concrete policy proposals. Since jumping to the front of the pack in July, Trump has consistently received more than 20% of the Republican vote nationally, with a Real Clear Politics average of 22% in recent polling. The next-closest candidate is former Florida Gov. Jeb Bush (R), who has averaged about 10.7% of the vote recently.

Democrats haven’t been laughing so hard these last few days.