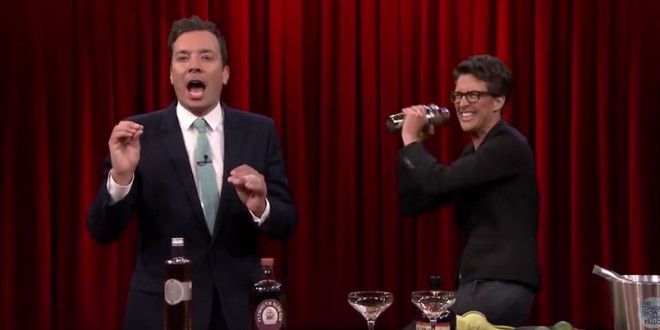 “It’s a terrible drink. It’s not a very tasty beverage.” From Entertainment Weekly:

MSNBC anchor Rachel Maddow appeared on Thursday’s The Tonight Show to make the “Millionaire,” a cocktail Maddow said was “in honor and in thanks for Donald Trump being involved in American Presidential politics.” She also admitted it was a classic drink that is “not a very tasty beverage.” While making the cocktail – composed of lime juice, rum, gin, and liqueur – Maddow brought out the ice which prompted host Jimmy Fallon to do his Trump impersonation. “It’s a beautiful thing. We make the best ice cubes. It is the coldest ice you ever had,” Fallon’s Trump said. Maddow then tried her own Trump impersonation, saying it’s “huge.

Previous YouGov Survey: One-Third Of Young Americans Say They Are Not Completely Heterosexual
Next REPORT: Anna Duggar Blames Herself For Josh’s Adultery, Divorce Is Out Of The Question Because Jesus