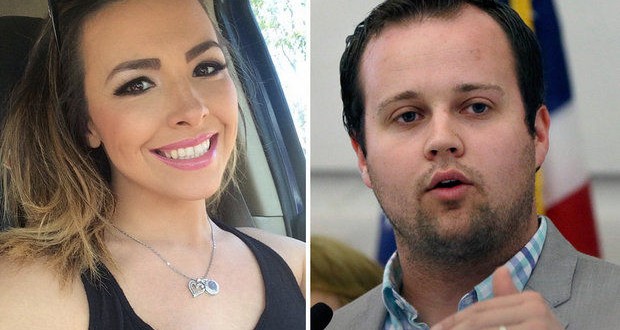 Josh Duggar is the gift that just keeps giving. In Touch Weekly has the latest reveal:

In a bombshell world-exclusive interview with In Touch magazine, stripper and porn star Danica Dillon, 28, reveals she had sex not once, but on two separate occasions, with Josh Duggar, both occurring when his wife, Anna, was pregnant with their fourth child! Danica — who passed a polygraph test conducted for In Touch by a top certified polygrapher on Aug. 24 — details her two sexual encounters with Josh in the new issue of +In Touch+, on newsstands now. The first occurred after Josh approached her at the Gold Club in Philadelphia, where she was performing, in mid-March and the second only a month later when Danica was performing at Creekside Cabaret in Colmar, Pa. “He walked into the Gold Club like a normal patron and said he’d been a fan for a long time and has watched my career grow — he even said from before my boob job until recently — and that he loved watching my very first scene on [an adult website],” she tells In Touch. “Then it got creepy.” After watching her show and “eyeballing me,” Danica says he bought $600 in private dances and then “asked me how would he be able to spend the evening with me.” She reveals to In Touch that Josh was violent with her when they had sex, he did not use protection and gave her thousands of dollars after their encounters. “He was manhandling me, basically tossing me around like I was a rag doll,” Danica, whose real name is Ashley Lewis, and although the sex was consensual, “It was very traumatic. I’ve had rough sex before, but this was terrifying.”

The Daily Mail has more from the story:

He talked dirty as well, saying at one point, ‘Come on, be a good, dirty little [expletive]’. He also, she claimed, grabbed her neck as he kept talking dirty. After that experience, she said Duggar tracked her down a second time while she was working in Creekside Cabaret in Colmar, Pennsylvania, and offered her a substantial amount of money to spend a second night with her. He approached her the second time with an apology. ‘He said something along the lines of, “I’m sorry, i was not in my right mind.. that’s what you do in your movies , so i figured you’d be OK with it.’ She agreed to a second sex session for the full $1500, as the first time he only paid her $1,000 of the promised $1500.

Previous Ben Shapiro Has The Josh Duggar Sadz
Next Liberty University Law Dean: The Government Has No Authority To Impose Unbiblical Laws [VIDEO]