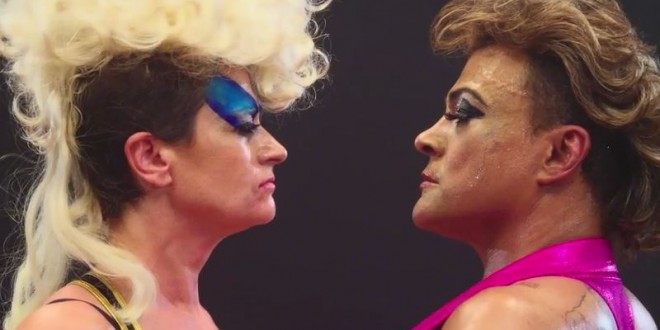 Huh? Right. What? Uhh. The teaches of Peaches are back in full force. Stereogum reviews:

The onetime electroclash star Peaches has a new album called Rub coming out, and the single “Close Up” pair her with Kim Gordon, formerly of Sonic Youth and currently of Body/Head. In director Vice Cooler’s new “Close Up” video, Peaches becomes a pro wrestler, and Gordon plays her madly vaping manager. The clip stars the wrestlers of the theatrically kitschy indie wrestling/burlesque promotion Lucha VaVoom, including Cassandro and Joey Ryan. And as far as I can tell, Peaches takes real wrestling moves from real wrestlers in the clip, which is impressive. The clip also has enough bodily-fluid humor to render it NSFW.

Yeah there’s definitely a brief part of this you can’t unsee. Be warned. Killer beat, though.