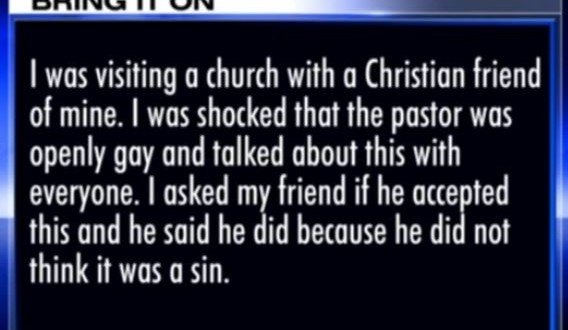 Pat Robertson: Gays And Everybody Who Accepts Them Are Totally Going To Hell [VIDEO]

Today on “The 700 Club,” Pat Robertson railed against a church with a gay pastor, saying that gay Christians and Christians who support gay rights are defying the Bible. “To have a church saying [homosexuality] is not a sin, it’s okay, they’re leading people down the road to perdition,” he told a viewer who had recently attended an inclusive church. “If I were you, I would stay far away from them.” Robertson told viewers in an earlier edition of the show that gay Christians are a threat to the faith.