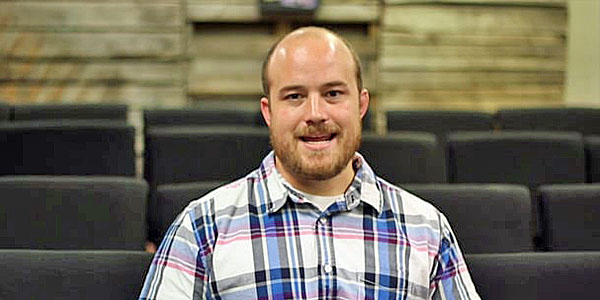 Pastor Jeremiah Johnson: God Told Me He Sent Donald Trump To Help Bring About The Second Coming Of Jesus

“The Holy Spirit spoke to me and said, ‘Trump shall become My trumpet to the American people, for he possesses qualities that are even hard to find in My people these days. Trump does not fear man nor will he allow deception and lies to go unnoticed. I am going to use him to expose darkness and perversion in America like never before, but you must understand that he is like a bull in a china closet. Many will want to throw him away because he will disturb their sense of peace and tranquility, but you must listen through the bantering to discover the truth that I will speak through him. I will use the wealth that I have given him to expose and launch investigations searching for the truth. Just as I raised up Cyrus to fulfill My purposes and plans, so have I raised up Trump to fulfill my purposes and plans prior to the 2016 election.'” – Pastor Jeremiah Johnson, quoted today on World Net Daily.

Johnson admits that other Christians are pissed at him:

I will not attempt to defend myself here, I will leave that up to the Lord Jesus now and when I stand before Him and give an account for every word I’ve spoken. The goal of this post is to strictly help those who read the article and have questions and what largely appears to be a gross misinterpretation of what was published. Some Christians appear to be absolutely infuriated at the thought or prophetic word that God is going to use Donald Trump as a Trumpet to expose darkness and bring truth because of His moral background and political views. Perhaps God not being limited, subjected, and dependent to who human beings think He should use for His glory reveals their own issues with God, not a prophetic word. I, like many of you, was shocked by the word I received regarding Donald Trump. Trust me when I say it was given with fear and trembling. Again, I am not called to prophesy what I think or what my opinion is. I simply deliver the word of the Lord and encourage the saints to test and judge what has been spoken. I will publicly repent to the body of Christ if what was prophesied does not come to pass.