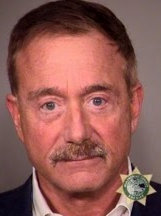 The prosecutor handling the sex crimes case against Terry Bean, a prominent gay activist, told a judge Friday that his investigators have been unable to find the alleged victim in the case. Without the teenager’s testimony, the case will have to be dismissed or the trial rescheduled, the prosecutor acknowledged. The boy, now 17, doesn’t want to testify at the trial, his attorney said at an earlier hearing. Meanwhile, the search for the boy goes on. “We continue to put all available resources toward that issue,” prosecutor Scott Healy said after a hearing before Lane County Circuit Judge Jay McAlpin. Bean, 66, and his former boyfriend, Kiah Loy Lawson, 25, are accused of having sex with the then-15-year-old boy at a Eugene hotel in 2013. They each are charged with two counts of third-degree sodomy, a felony, and third-degree sexual abuse, a misdemeanor. They pleaded not guilty to the charges.

Bean, a co-founder of the Human Rights Campaign, allegedly met the teen on Grindr. Last month Judge McAplin rejected Bean’s attempt to settle the case with a payment to the alleged victim. The amount of the settlement offer was not disclosed. After Friday’s development, the lead prosecutor in the case said he might request a continuance, but the judge smacked him down, saying that in his court “we set dates and we expect them to be met.” The trial is scheduled to begin next week.