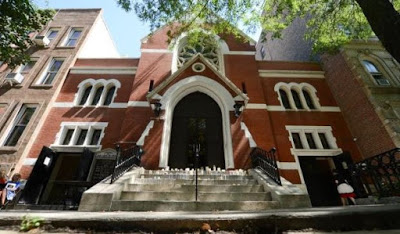 Teary-eyed and angry Catholic parishioners across New York attended final mass services on Friday in some of dozens of churches closing or stopping regular worship services. The closures follow an announcement by the Roman Catholic Archdiocese of New York in November that it would consolidate 368 parishes into 294, reflecting a national trend of parish closures in the United States caused by low attendance, a shortage of priests and financial troubles. Parishioners expressed sadness at the shuttering of churches like Our Lady of Peace, a red brick church with an ornate interior on Manhattan’s Upper East Side that is more than 100 years old. “It’s like a death in the family,” said Manhattan resident Lola Skaro, a retiree in her late 70s, who became emotional when talking about the church she had visited everyday since her retirement.

The Daily News notes that workers were changing the locks at some of the nearly two dozen closing churches in New York City as the final mass took place. (Tipped by JMG reader Jerald)