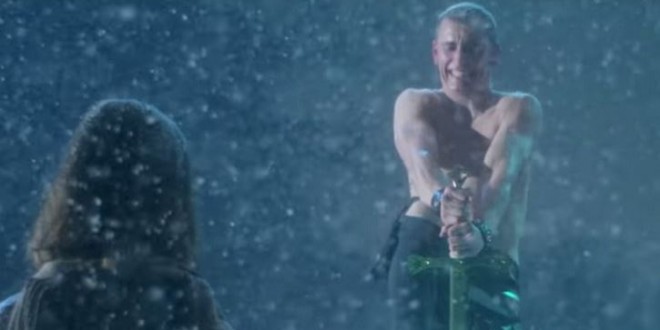 Two weeks ago we got the audio clip and today we get the production video. The Guardian reviews:

Directed by Spanish filmmakers NYSU, whose past credits include work with Wild Beasts and Philip Selway of Radiohead, the video centres on a 21st-century revamp of the legend of Excalibur. The ancient tale’s sword remains, but its medieval theme is threaded through modern-day scenes that King Arthur may not have recognised – from sweaty nightclubs to what VHS film looks like. Hedonism, overindulgence and food fights all make appearances in the video’s utopian world, and underpin the love story at its core.

I like the track but the absence of Peter Hook is evident.