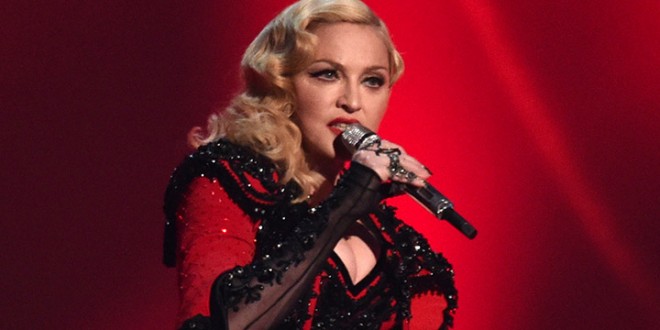 Madonna has declared that she will no longer tour in Russia due to its anti-gay laws. Via the Moscow Times:

Madonna has told celebrity news magazine Entertainment Weekly that she will most likely never return to Moscow or St. Petersburg because of Russia’s stand on gay rights, Cosmopolitan reported. Madonna last appeared in Russia in 2012 and lived up to her reputation as a provocateur by publicly voicing support for punk band Pussy Riot. At the time, several group members were on trial for their performance of a “punk prayer” in Moscow’s Christ the Savior Cathedral. Conservative St. Petersburg lawmaker Vitaly Milonov, who is known for his anti-LGBT views, responded swiftly to Madonna’s statement. In an interview to Russian News Agency, Milonov called the singer a “hypocritical old lady” and accused her of prioritizing gay rights over the lives of children suffering because of the conflict in eastern Ukraine.

Shortly after her 2012 concert in St. Petersburg, a Russian Orthodox group sued Madonna for threatening the Russian birth rate by promoting homosexuality. The suit was served to Madonna’s townhouse on Manhattan’s Upper East Side and she refused to appear for the November 2012 trial where charges were summarily dismissed. Her next world tour launches in early September.