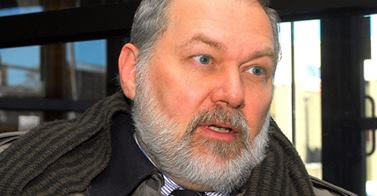 “How is it that a relatively tiny handful of homosexual activists, themselves representing less than 2% of our population, has managed in the same period of time to establish a reign of homo-fascism in the United States that has turned centuries-old American values upside down and has turned its large Christian plurality (if not majority) into criminals (if they dare to cling to the teachings of the Bible)? Isn’t it true that one man with the flimsiest of plans could utterly defeat the abortion industry and the LGBT agenda in short order — if God backed Him? So why have virtually all our efforts failed? It’s really pretty simple. The American church just doesn’t have God’s favor anymore. The brutal truth is the church has lost the so-called culture war and is now under occupation, like the French under the Nazis, with nothing left to do but organize resistance and plot to overthrow the occupiers through a political revolt.” – Crimes against humanity defendant Scott Lively, writing for his blog.

Previous At Amsterdam Pride 2015
Next ISRAEL: 16 Year-Old Girl Stabbed At Jerusalem Pride Dies Of Her Wounds