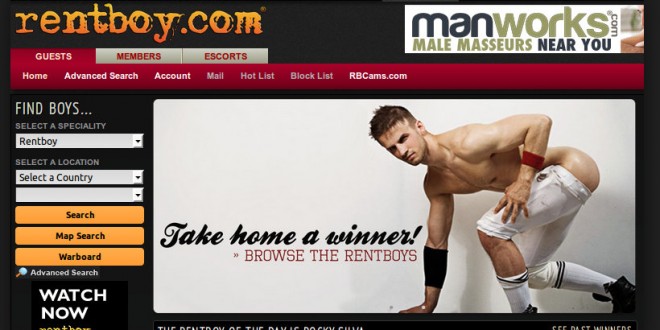 A coalition of five national LGBT groups reacted to today’s raid on the Rentboy.com offices by tweeting out links to a recently published joint statement calling for decriminalizing sex work. The statement was first issued two weeks ago. An excerpt:

As LGBT rights organizations in the United States, we join to applaud and support Amnesty International’s recent resolution to protect the human rights of sex workers by calling for decriminalization of sex work, while simultaneously holding states accountable in preventing and combating sex trafficking, ensuring that sex workers are protected from exploitation, and enforcing laws against the sexual exploitation of children. For many LGBT people, participation in street economies is often critical to survival, particularly for LGBT youth and transgender women of color who face all-too-common family rejection and vastly disproportionate rates of violence, homelessness, and discrimination in employment, housing, and education.

Transgender people engage in sex work at a rate ten times that of cisgender women, and 13% of transgender people who experience family rejection have done sex work. Whether or not they participate in sex work, LGBT people are regularly profiled, harassed, and criminalized based on the presumption that they are sex workers, contributing to the high rates of incarceration and police brutality experienced by these communities. As Amnesty International has clearly set forth, its resolution takes into account the negative impact of criminalization on the safety of sex workers, and furthermore, states remain obligated to protect the human rights of victims of trafficking and can use criminal law to address exploitation.

Laws criminalizing sexual exchange—whether by the seller or the buyer—impede sex workers’ ability to negotiate condom use and other boundaries, and force many to work in hidden or remote places where they are more vulnerable to violence. Research and experience have shown that these laws serve only to drive the industry further underground, make workers less able to negotiate with customers on their own terms, and put those who engage in criminalized sex work at higher risk for abduction and sex trafficking.