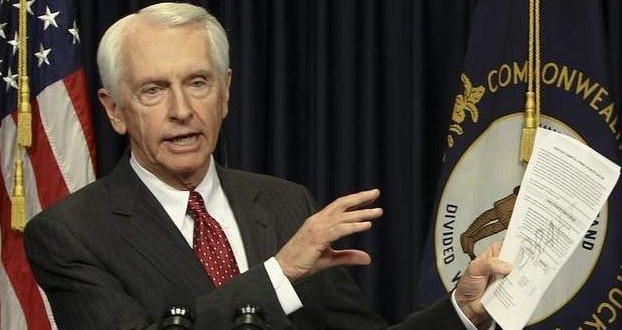 Attorneys for the good guys have handed Kentucky a demand for $2.3M in legal fees. The Lexington Herald-Leader has more:

Gov. Steve Beshear hired lawyers to defend the state of Kentucky’s ban on gay marriage for two years in the federal courts, arguing that Kentuckians deserved “finality and understanding of what the law is.” Understanding can be expensive. Two months after the U.S. Supreme Court struck down Kentucky’s ban on same-sex marriage, teams of attorneys who successfully represented the same-sex couples have submitted a bill for more than $2 million in legal fees, court costs and related expenses. Under federal civil rights law, the losing party — in this case, the state of Kentucky — gets stuck with the tab. The private attorneys whom Beshear hired to handle the state’s appeals have a $260,000 contract, of which $231,348 had been paid by July 20, according to state records. Total cost to taxpayers: $2,351,297. In a statement Monday, Beshear said he would challenge the plaintiffs’ legal bill as “unreasonable.” U.S. District Judge Charles R. Simpson III gets the final say. Beshear acknowledged the state must pay “reasonable attorneys’ fees” to the victors.

Courts have sided with the plaintiffs’ attorneys in similar demands in other states.