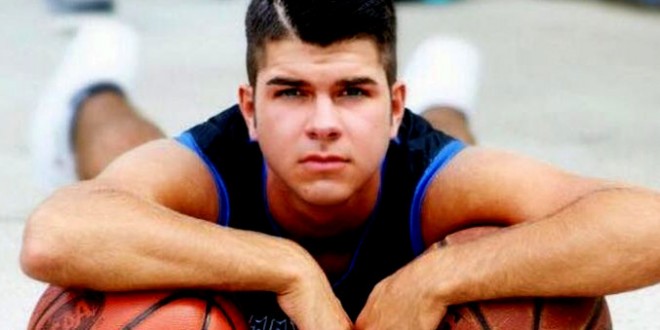 KENTUCKY: Recently Out High School Basketball Player Left Out Of Yearbook Tribute To His Team

Outsports reports that a Kentucky high school did not include a recently-out basketball player in its yearbook tribute to their team. Richard Maldonado was the team’s starting point guard. Cyd Zeigler writes:

“This is the latest slap in the face of Maldonado and the entire LGBT community by a high school administration that simply won’t accept that one of its star athletes is gay and was harassed for his sexual orientation by an opposing basketball team last December. The school’s yearbook has omitted its starting senior point guard from the senior boys basketball tribute page in the yearbook, a deeply insulting blow to an athlete who has contributed to his school. The school has repeatedly refused to answer questions or disputed what Maldonado has claimed, despite various eye witnesses confirming that Maldonado was targeted by anti-gay harassment. His deletion from this special spread in the yearbook is pretty telling. Maldonado has shared stories of discrimination by the school for the last few months, so it shouldn’t be a surprise that people at Betsy Layne High School may demonstrate deep-seated homophobia by excluding him from such an important honor for recent high school graduates.”

Hit the link for images from the yearbook. (Tipped by JMG reader Patrick)

Previous CUBA: Gay Poet Richard Blanco To Read Work At Opening Of US Embassy In Havana
Next Matt Baume: Do Protests Have To Be Disruptive? [VIDEO]