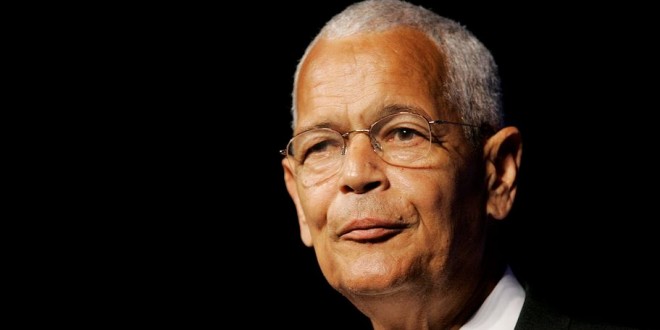 Bond died Saturday night after a brief illness in Fort Walton Beach, Florida, according to the Southern Poverty Law Center, which he served as founding president in the 1970s. “Not only has the country lost a hero today, we’ve lost a great friend,” the legal advocacy group said in a statement. The Tennessee native was on the forefront of the 1960s civil rights movement and was among activists who demanded equal rights for African-Americans. “With Julian’s passing, the country has lost one of its most passionate and eloquent voices for the cause of justice,” said Morris Dees, co-founder of the SPLC. The former lawmaker also taught at various universities, including Harvard and the University of Pennsylvania, and was chairman of the NAACP for a decade. “The NAACP mourns the passing of chairman Julian Bond, civil rights titan and our brother,” the civil rights group said in a tweet. “May he rest in eternal peace.” Bond is survived by his wife, Pamela Horowitz, and five children.

“Very few throughout human history have embodied the ideals of honor, dignity, courage, and friendship like Julian Bond. Quite simply, this nation and this world are far better because of his life and commitment to equality for all people. Future generations will look back on his life and legacy and see a warrior for good who helped conquer hate in the name of love. I will greatly miss my friend and my hero, Julian Bond.” In addition to his lifetime of work within and on behalf of the American civil rights movement, Bond was a passionate and stalwart supporter of the equal rights of LGBT Americans. In 2011, Bond announced his support of marriage equality through a video for HRC’s Americans for Marriage Equality. In 2013, he wrote “LGBT rights are human rights” in a blog post on the 50th Anniversary of the March on Washington. Throughout the first half of this year, Bond wrote multiple opinion pieces in support of LGBT equality, including those that highlighted the need for equal treatment in the South, against anti-LGBT religious refusal legislation in state legislatures, and in strong support of comprehensive, federal LGBT non-discrimination protections.