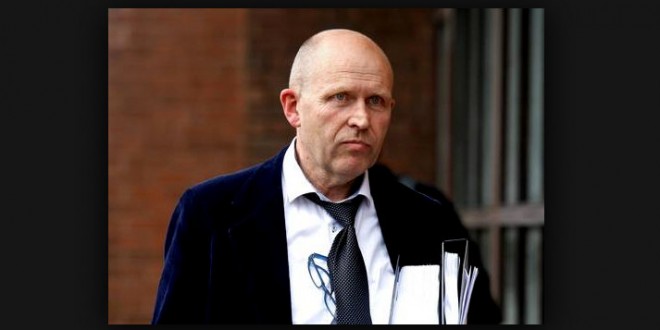 Two men, one a Catholic [PHOTO] who was once jailed for contempt of court after declaring that the government had no right to dissolve his holy marriage-in-Jesus, have appealed Ireland’s marriage referendum to the Supreme Court. The Irish Journal reports:

The two men who appealed the result of the marriage referendum have taken their appeal to the final hurdle of the Irish legal system – the Supreme Court. Both appellants have already had their challenges to the result of the referendum dismissed by both the High Court and the Court of Appeal. The Supreme Court yesterday received two applications for leave to appeal in both cases. Those appealing now have seven days to furnish the respondents with notice of the appeal and other legal necessities. Then, after both sides in the challenge have lodged their paperwork the Supreme Court will issue its finding – without any further hearing. The appeal can be seen as the last chance saloon as the Supreme Court is the highest rung in the Irish legal system. While conceivably the case could then be taken to the European Court of Justice such an eventuality is not likely in this case. The appellants – Maurice Lyons [PHOTO] of Callan, Co Kilkenny and Gerry Walshe of Lisdeen, Co Clare – have been challenging the result of the marriage referendum since the comprehensive Yes vote on 22 May.

A couple of commenters at the above-linked piece made snickering references to Lyons’ past, prompting me to dig a bit.

Apparently in defence of marriage and family life, Maurice Lyons from Kilkenny has been imprisoned in Midlands Prison, Portlaoise since 2/07/09. He refused to accept a separation order. Technically he is in contempt of court for not acknowledging a judicial order of separation, granted to his wife and him although he never requested it. As an apparently devout Catholic, Maurice has never desired or agreed to a separation and believes that the State has not made a serious effort to bring about a reconciliation in his family – something that Irish law mandates before a divorce or separation is considered – and so the State is acting illegally, as well as against God’s law. The National Men’s Council of Ireland are pursuing this case on Maurice’s behalf. The National Men’s Council seems to be a right-wing Catholic pressure group shamelessly using the aftermath of Maurice’s marriage breakup to promote their brand of Catholicism.