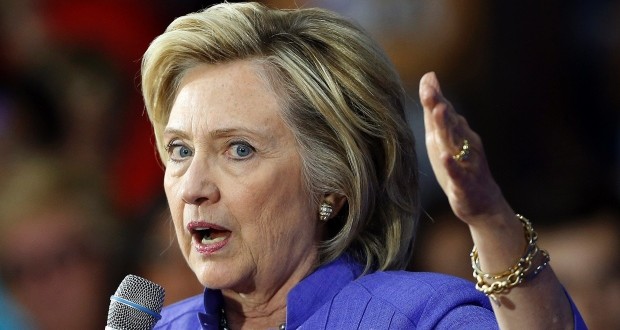 Hillary Rodham Clinton’s attorney has agreed to provide the FBI with the private server that housed her e-mail during her four years as secretary of state, Clinton’s presidential campaign said Tuesday. Her attorney also has agreed to give agents a thumb drive containing copies of thousands of e-mails that Clinton had previously turned over to the State Department. The FBI has been looking into the security of Clinton’s unusual private system, which has emerged as an issue in her campaign amid growing questions from Republicans and some U.S. intelligence officials about whether government secrets might have been put at risk. The development in the FBI inquiry came the same day that a top intelligence official whose office has been reviewing some of Clinton’s e-mails informed congressional leaders that top-secret information had been contained in two e-mails that traveled across the server.

According to a Monmouth University poll released today, a slim majority supports a criminal investigation into Clinton’s email practices while Secretary of State.

The numbers — 52% of registered voters, including 82% of Republicans, 54% of independents and 23% of Democrats — show that the Democratic presidential frontrunner’s use of a personal email address on a private server during her tenure as secretary of state continues to be damaging. They were asked: “Do you think Hillary Clinton’s emails should be subject to a criminal investigation for potential release of classified material, or not?” The survey was conducted July 21-Aug. 2, before Clinton’s campaign announced it would turn over her server to the Justice Department in an effort to blunt an expanding probe.