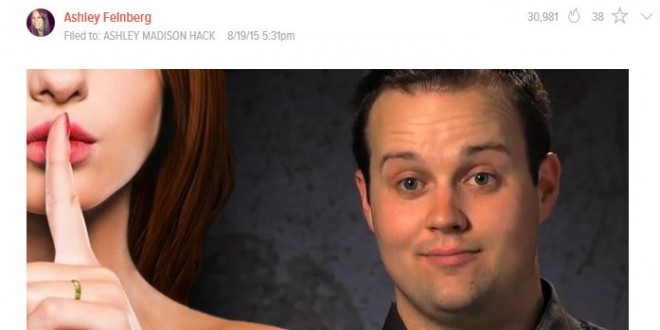 Josh himself took to his family’s Facebook page to absolve himself of his past indiscretions and assure the world he was back on a righteous path. But data released online in the wake of the hack on Ashley Madison’s servers certainly seems to show otherwise. Someone using a credit card belonging to a Joshua J. Duggar, with a billing address that matches the home in Fayetteville, Arkansas owned by his grandmother Mary—a home that was consistently shown on their now-cancelled TV show, and in which Anna Duggar gave birth to her first child—paid a total of $986.76 for two different monthly Ashley Madison subscriptions from February of 2013 until May of 2015.

Here are some of Josh Duggar’s turn-ons in the name of Jesus.

And this is what he’s looking for in an adulterous lover in the name of Jesus.

Probably like many of you, in general I’m not crazy about the Ashley Madison hacking. But unlike Gawker‘s recent outing of a previously unknown executive, the festering stink of hypocrisy makes THIS story worthwhile.