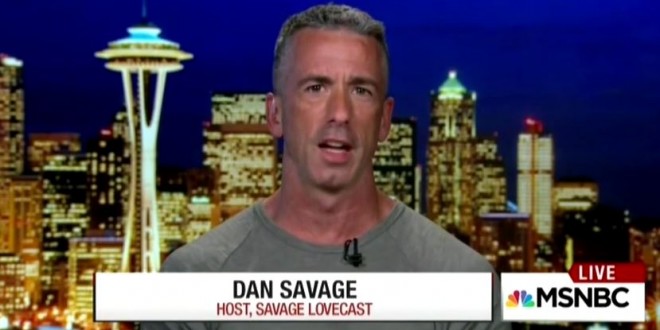 Dan Savage writes at The Stranger:

Outing someone for their private sexual conduct—even if everyone agrees that it’s wrong—is a brutal tactic that should be reserved for brutes. Who’s a legitimate target for outing? I’ll let Barney Frank explain: “There’s a right to privacy,” Frank said on Real Time. “But the right to privacy should not be a right to hypocrisy. People who want to demonize other people shouldn’t then be able to go home and close the door, and do it themselves.” To which I would add: People who accuse others of trying to destroy their marriages, fundamentalists who who quite literally demonize other people, and who then go back to their apartments in Washington, DC, and cheat on their spouses are political hypocrites and legitimate targets for outing. People like this guy.

Last night Savage appeared on MSNBC to expand on that position.