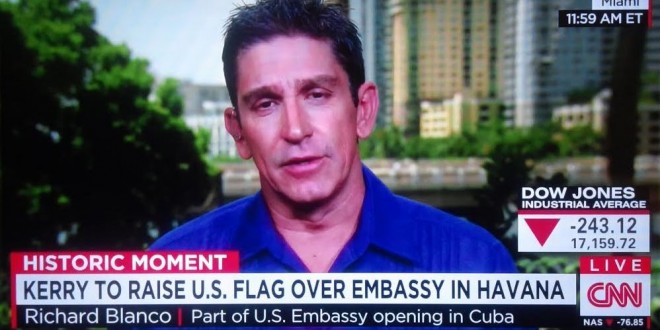 CUBA: Gay Poet Richard Blanco To Read Work At Opening Of US Embassy In Havana

“I’ve had to keep this a secret for months, but it’s finally out: the US Department of State has asked me to write a poem for the re-opening of the US Embassy in Cuba, which I will read at the ceremony on August 14th in Havana! So incredibly emotional for me—not only to witness this historic moment, but also to be asked to be part of it. I’m humbled, honored, and elated.”