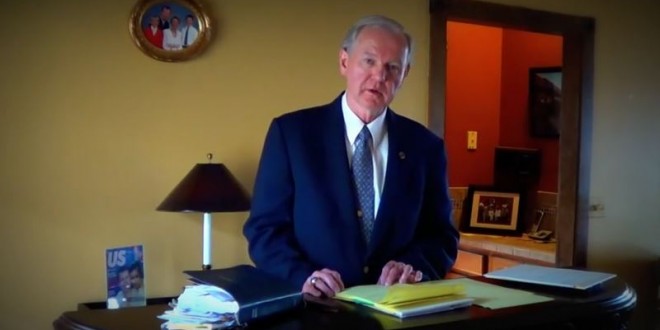 Darrell Trigg is running for president and forming his own political party, the Christian Party. The first point of his campaign platform is to do away with separation of church and state and make it union of church and state instead. This means, among other things, the official religion of the United States will be Christianity. He wants to make the Bible a standard required subject in all public schools and universities, for all grades. Every day of school will be started with a prayer and the Pledge of Allegiance. Trigg wants to increase the legal drinking age to 25 and ban alcohol on college campuses. He also says if he becomes president, “homosexuality will not be recognized legally, or in any other manner, by the United States government or any state, city, or county government.” This would also include a restriction in the rating system for TV shows to ban any show or movie that contains homosexuality, among other stricter restrictions.

VIDEO: Trigg has been planning his campaign for at least a year. Here’s his hilariously uncharismatic YouTube announcement from April 2014.