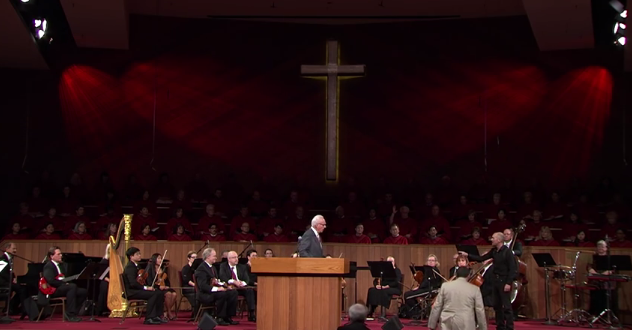 One of the more amusing internal battles currently raging in the evangelical world is that of the cessationists versus the continuationists, the latter of whom believe in speaking in tongues, annointings, miracles, and human prophets directly spoken to by God. (Think Robert Tilton, Cindy Jacobs, etc.) One of the most prominent critics of continuationism is megachurch Pastor John MacArthur, who says they are all fakers and whose sermon was interrupted this week by a raving Scottish man who screamed that God personally sent him to tell MacArthur to repent of his cessationist sins.