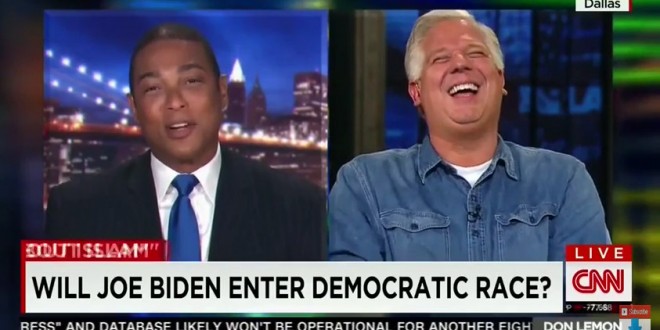 The prospect of Joe Biden running for president befuddled Glenn Beck on CNN tonight and brought him to uncontrollable laughter. Don Lemon asked Beck about the prospect of Biden running for president. Beck rolled his eyes and said “Really?!” several times. He found himself at a loss for words and, despite Lemon pointing to Biden’s track record, said a President Biden would be “the laughingstock of the world.” Before they could move on, Beck just burst out laughing at the whole idea.