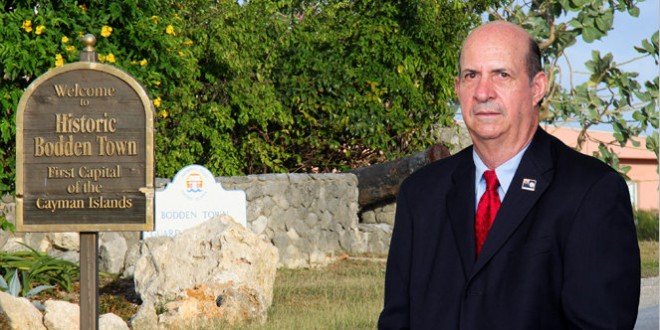 Saying that he was acting on “Holy Bible evidence” about the “Satanic confusion” of homosexuality, Cayman Islands Rep. Anthony Eden has led the legislature of the popular cruise destination to unanimously reaffirm its ban on same-sex marriage. From the Cayman Compass:

“To me, this is one of the most important motions for this House and the people of the Cayman Islands,” said Bodden Town MLA Anthony Eden. The motion, brought forward by Mr. Eden during a meeting of the Legislative Assembly last week, follows a landmark judgment by the European Court of Human Rights last month which could force the Cayman Islands to change its stance on same-sex unions. The Cayman Islands Constitution 2009 states that the government “shall respect the right of every unmarried man and woman of marriageable age” to “marry a person of the opposite sex and found a family.” The Marriage Law (2010 revision) defines marriage as “the union between a man and a woman as husband and wife.” However, there is no specific prohibition against civil unions, which can allow couples rights similar, if not equal to, married couples.

The Cayman Islands are part of the British Overseas Territories, which also includes Anguilla, Bermuda, the British Virgin Islands, Monserrat, and Turks and Caicos Islands. Grand Cayman is the fourth-busiest cruise port in the Caribbean, seeing 1.5 million passengers last year.