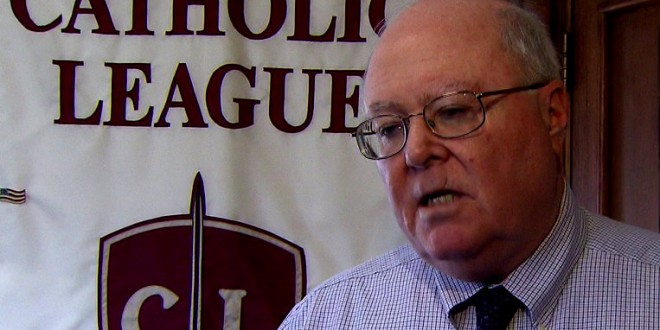 You guys, Bill Donohue is VERY UPSET that calling for the execution of homosexuals can result in criminal charges in Switzerland. He writes:

“They want him behind bars. His offense? He quoted from the Bible. The accused: Swiss Bishop Vitus Huonder. The accusers: gay activists in Europe and the United States. On July 31, Bishop Huonder spoke at a Catholic forum in Germany, and in his remarks he quoted from Leviticus the passage condemning homosexuality. He also criticized gender theory. Pink Cross, the umbrella group for Swiss LGBT groups, has now filed a criminal complaint against him. Citing the nation’s hate speech laws, he is accused of fomenting violence against homosexuals. So far, more than a dozen gay groups and media outlets have pledged their support for Pink Cross. If found guilty, he could serve up to three years in prison. These same activists would like to arrest Pope Francis, if they could. After all, the Holy Father has quite openly condemned homosexuality and gender theory. Explicitly, he has labeled proposals to legalize gay marriage ‘the envy of the Devil,’ and has said, ‘Gender ideology is demonic!’ Gay fascists are on the rise in North America and Europe. Their goal is to criminalize the Bible, and to destroy freedom of speech and religion.”

One wonders if Donohue is also willing to publicly declare that the bible “unambiguously” calls for your execution.