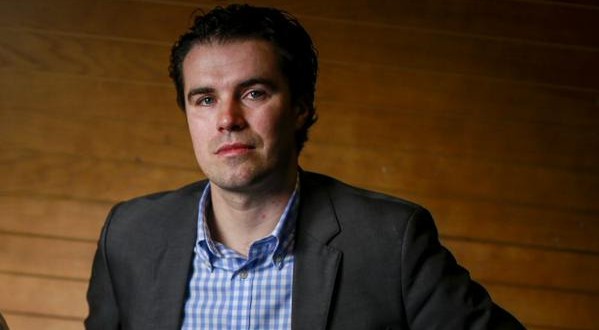 Labor MP Tim Watts has made waves in Australia with a passionate marriage equality speech about his uncles who could never marry. From the Sydney Morning Herald:

A Labor MP has attacked the Coalition government’s Senate leader Eric Abetz as an “anachronistic joke” in an impassioned speech recounting the story of a gay uncle who died of AIDS without the right to marry his long-term partner. Senator Abetz reportedly told the Coalition party room on Tuesday that not all gay men want to get married, pointing to the example of billionaire Italian fashion designers Dolce and Gabbana, who never wed. The Coalition party room voted by around 60 votes to 30 on Tuesday not to allow a conscience vote on same-sex marriage, killing off the prospect of the change being legalised before the next election. Victorian Labor MP Tim Watts, who is regarded as one of the party’s rising stars, said he abandoned plans to give a more routine, impersonal speech in support of same-sex marriage after reading Senator Abetz’s comments. “Reading Senator Abetz’s comments made me wonder whether he had ever met a gay man before,” he said in a speech to Parliament on Wednesday. “So I am tossing the script and talking about a gay man that I knew: a man that I called my Uncle Derek but who my Uncle Ian was never able to call his husband.” Mr Watts said some members of his family, who were conservative and religious, struggled to accept his uncle when he came out as gay in the Joh Bjelke-Petersen era. “It’s a horrific thing to watch someone die from AIDS,” he said. “It was particularly horrific in the Queensland of the 1980s and ’90s – to have to do so not only with the horrors of the illness but the indignities and horrors of a lack of recognition from the society around you. To have to deal with being beaten by hateful thugs on the street while your body was destroying itself from the inside.”