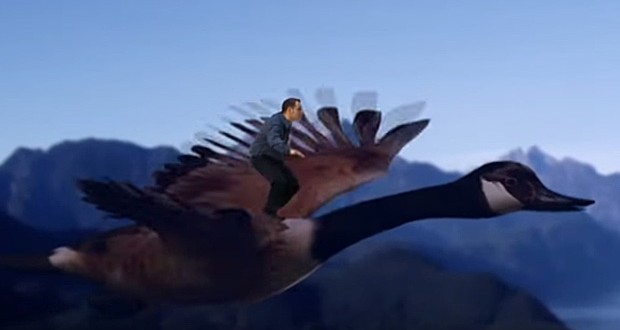 While Donald Trump dominates America’s GOP primary field, Canadians have discovered their own wild card candidate—Wyatt Scott—ahead of their federal election in October. The independent candidate promises to “fight for Canada” while the video shows him perched on a CGI Canadian goose and swinging a sword in the air. Scott—armed with the clever slogan, “think artisan politics, not partisan”—says he will tackle issues like college affordability and indigenous people’s rights. “Change is coming to Canada, and I’m here to lead that charge,” Scott says in the video, shortly after destroying a robot with his laser eyes. “Are you ready for the shift?” If the Internet buzz means anything, then yes, Scott, we’re ready indeed.