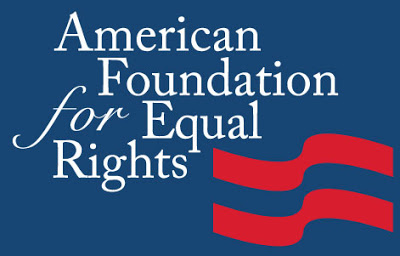 Last month Freedom To Marry triumphantly declared that it was “going out of business.” Today we get the same news from the American Foundation for Equal Rights. Via press release:

Together, we made history. Nearly six years ago, the American Foundation for Equal Rights (AFER) was created with the specific mission of arguing for marriage equality before the U.S. Supreme Court and to, while doing so, dramatically advance the American conversation on equality. And we accomplished that … and so much more.

* We returned marriage equality to California—our nation’s most populous state—and, later, to the Commonwealth of Virginia.

* With David Boies and Ted Olson as lead counsel, we smashed the partisan barrier that traditionally divided supporters and opponents of marriage equality. Namely, we brought prominent conservative voices to the debate and proved that marriage is not a partisan issue, but an American issue.

* We put equality on trial. For the first time ever, a federal court heard evidence as to why denying gay and lesbian Americans the right to marry is unconstitutional. And, more importantly, for the first time, we forced our opponents to make their best cases, under oath, as to why marriage bans based on fear and hatred should stand. And we shared that story with the world.

* But, perhaps, most importantly, we drew a line in the sand. We demanded that every American–whether a regular citizen, an editorial board writer, a member of Congress, or a Supreme Court justice–not only listen to the stories of Kris Perry and Sandy Stier, and Paul Katami and Jeff Zarrillo–the brave plaintiffs fighting for justice–but that they also take a side.

The statement goes on to urge support for former AFER leader and current HRC head Chad Griffin as the HRC moves forward on the just-launched Equality Act campaign.