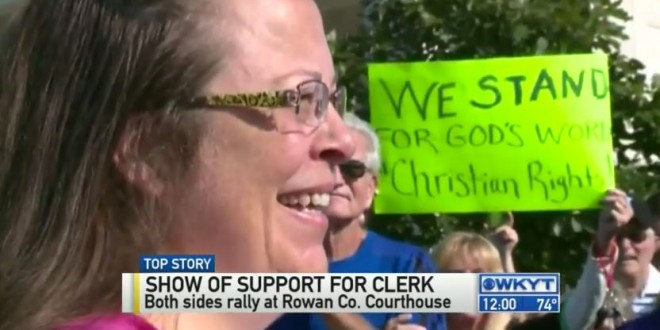 More from the Morehead News:

It appears that the ball is now in the court of Kentucky Attorney General Jack Conway, a Democrat who last year refused to defend the state against the marriage suit that ultimately ended up before the US Supreme Court. Following Conway’s refusal, Gov. Steve Beshear hired outside counsel. Conway is the 2015 Democratic gubernatorial nominee to succeed Beshear, who will be term-limited out of office this year.