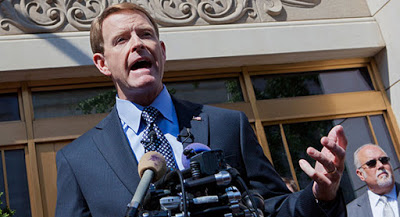 Tony Perkins: Obama Should Respect The Tradition Of Criminalizing Homosexuality

“From Hillary Clinton to John Kerry, the State Department has repeatedly violated the first rule of the diplomatic process: to respect the traditions and beliefs of other countries. In most cases, this forceful approach has made more enemies of nations than friends — especially in countries as profoundly religious as Kenya. Like other African and South American nations, they don’t appreciate the administration’s decision to openly demonize their beliefs and promote homosexuality and abortion as international ‘human rights.’ And when the President Obama visits Kenyans this month, they intend to tell him so. Dozens of lawmakers are planning protests during the Global Entrepreneurship Summit, where White House Press Secretary Josh Earnest says the President will once again call for ‘equality’ for LGBT Kenyans. In two terms, this administration has amassed one of the worst foreign policy records in modern history — promoting what our laws don’t recognize and falling silent on what they do (like religious freedom). For this White House, everything boils down to abortion and sexuality. In a world already teetering on disaster, this clash of worldviews is a diplomatic powder keg.” – Hate group leader Tony Perkins, via press release.

RELATED: Homosexual acts between men is punishable in Kenya by up to 14 years in prison.