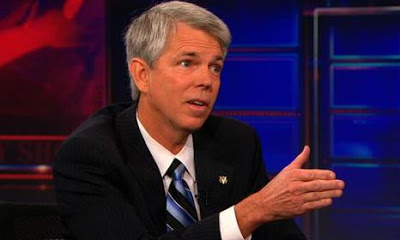 “Congress has passed what’s called ENDA, Employment Non-Discrimination Act, passed this in ’06 under Pelosi and Reid and at that point in time, it says you cannot discriminate on the basis of hiring. As a result, the president has now announced that faith based groups have to hire homosexuals; not an option, you have to because federal law says you cannot discriminate on the basis of identity. So if a pedophile comes to the church and says I want to run your nursery, you can’t say no because that’s discriminating on the basis of identity. If a homosexual comes and says I want to be your youth director and you say no, you can’t do that, you can’t distinguish on the basis of gender.” – Debunked Christianist “historian” David Barton, speaking on a wingnut podcast. Hit the link for Warren Throckmorton’s point-by-point refutation of all the lies.