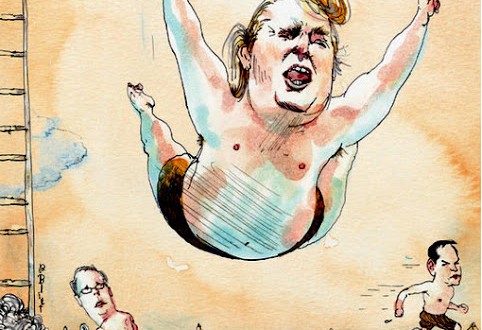 Donald Trump’s turn in the national spotlight is mainly taking a toll on Ted Cruz, the Texas firebrand running as an uncompromising, anti-establishment conservative. That’s the assessment of this week’s POLITICO Caucus, our weekly survey of the leading strategists, activists and political operatives in Iowa and New Hampshire. Roughly a third of Iowa and New Hampshire Republican insiders pointed to Cruz as the candidate who is damaged the most in their states by Trump’s rise in the polls and emergence as a media-grabbing protest candidate. “The Trump Circus is no doubt having the biggest impact on Ted Cruz. Cruz, the incumbent proxy for the disaffected GOP “Hell No!” Caucus, has been virtually starved of oxygen since Trump entered the race,” said an Iowa Republican, who, like all POLITICO Caucus participants, was granted anonymity in order to speak freely.