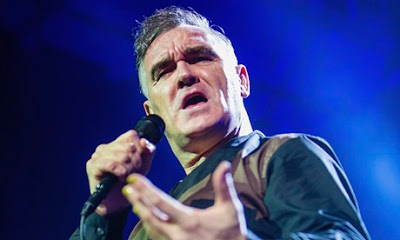 “On leaving the US on 27 July I flew from San Francisco International Airport to London on flight BA 284. At 2:30 in the afternoon I went through the usual airport security procedure including the stand-up ‘scanner’, and all was well – no bleeps and nothing unusual. Before I could gather my belongings from the usual array of trays I was approached by an ‘airport security officer’ who stopped me, crouched before me and groped my penis and testicles. He quickly moved away as an older ‘airport security officer’ approached. The officer who sexually assaulted me was identified. Luckily I was accompanied by two members of British Airways Special Services, who were horrified at the sexual attack and suggested that I lodge a complaint. The British Airways Special Services employees assured me that a complaint was worthwhile, and so I filed the appropriate information.” – Morrissey, in a statement published today by the San Francisco Chronicle.

Previous JERUSALEM: Pride Attacker Had Been Calling On All Jews To Prevent The Parade
Next Today In Transploitation