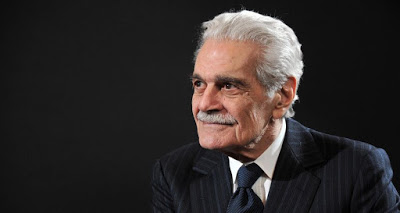 Actor Omar Sharif, best known for his roles in classic films Lawrence of Arabia and Doctor Zhivago, has died aged 83. Egypt-born Sharif won two Golden Globe awards and an Oscar nomination for his role as Sherif Ali in David Lean’s 1962 epic Lawrence of Arabia. He won a further Golden Globe three years later for Doctor Zhivago. Earlier this year, his agent confirmed he had been diagnosed with Alzheimer’s disease. His agent Steve Kenis said: “He suffered a heart attack this afternoon in a hospital in Cairo.” Other notable roles came opposite Barbra Streisand in her first film Funny Girl and as Julie Andrews’ lover in spy thriller The Tamarind Seed. He also got to play a series of real-life figures, among them Genghis Khan and the Argentine revolutionary Che Guevara.