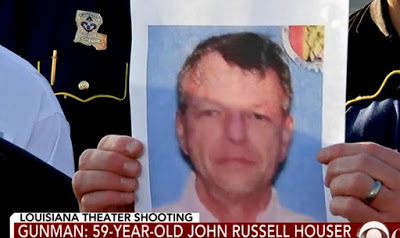 The gunman in last night’s mass shooting in a Louisiana movie theater has been identified as 59 year-old John Russell Houser. Local police are calling Houser a “drifter from Alabama” who had been living in a nearby hotel since early this month. Houser’s motives are not yet known. He is reported to have an “old” criminal history.