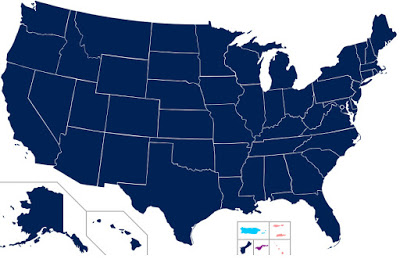 Land Of The Free, Home Of The Sapphire: Kansas Begins Recognizing Gay Marriages

Via the Wichita Eagle:

The same-sex spouses of state employees are now eligible for the state’s health insurance plan, according to a spokeswoman for the Kansas Department of Health and Environment. A same-sex spouse of a state worker or public university employee can now apply to be added to their spouse’s plan through the agency or school’s human resources department. “We’re accepting applications from same-sex spouses of state employees starting this morning,” said Sara Belfry, spokeswoman for KDHE, the agency that oversees the state employee health plan. “If someone applies today, the effective date would be August 1.” Belfry said that other policies, such as Medicaid eligibility for same-sex spouses, are still being hammered out by the agency. Jeannine Koranda, spokeswoman for the Department of Revenue, said that agency has also updated its policy so that same-sex couples can change their names on their driver’s licenses if they present their marriage certificate.

Equality Kansas is reporting that adoption by married same-sex couples is also now permitted. As you can see, Wikipedia has re-reverted Kansas to sapphire after yesterday afternoon’s very brief moment on the side of justice. Ten days to all 50 states. Faster than many of us thought. And probably none of us predicted that Kansas would be the last. My money had been on Alabama.

Previous Frothy Mix: Obergefell Proves That My 2003 “Man On Dog” Warning Was Right
Next How To Make A Musical For The Deaf