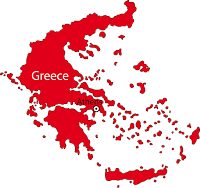 Greeks delivered a shocking rebuff to Europe’s leaders on Sunday, decisively rejecting a deal offered by the country’s creditors in a historic vote that could redefine Greece’s place in Europe and shake the Continent’s financial stability. As people gathered to celebrate in Syntagma Square in central Athens, the Interior Ministry reported that with more than 90 percent of the vote tallied, 61 percent of the voters had said no to a deal that would have imposed greater austerity measures. The no votes carried virtually every district in the country, handing a sweeping victory to Prime Minister Alexis Tsipras, a leftist who came to power in January vowing to reject new austerity measures, which he called an injustice and economically self-defeating. Last month he walked away from negotiations in frustration at the creditors’ demands, called the referendum and urged Greeks to vote no as a way to give him more bargaining power.

European Commission President Jean-Claude Juncker said he was consulting the leaders of eurozone member states, and would have a conference call with key EU officials and the ECB on Monday morning. French President Francois Hollande and German Chancellor Angela Merkel are scheduled to meet in Paris on Monday. A summit of eurozone heads of state has been called for Tuesday. The European Commission – one of the “troika” of creditors along with the IMF and the ECB – wanted Athens to raise taxes and slash welfare spending to meet its debt obligations. Greece’s Syriza-led government, which was elected in January on an anti-austerity platform, said creditors had presented it with an “ultimatum”, using fear to put pressure on Greeks. The Greek government’s opponents and some Greek voters had complained that the question in Sunday’s referendum was unclear. EU officials said it applied to the terms of an offer that was no longer on the table.

Shares fell, the euro stumbled and yields on weaker euro zone economies’ bonds rose after Greece overwhelmingly voted against conditions for a rescue package, but there was no rout and contagion was limited. Investors sought low-risk assets including Bunds, but the yield premium of Italian 10-year debt over Germany remained below the eight-month highs it hit a week ago. The euro lost half a percent to $1.1053 and 0.6 percent against the safe-haven Japanese yen. It fell as low as $1.0967 in Asia before rebounding, garnering some support from the resignation of Greece’s outspoken finance minister, Yanis Varoufakis. Analysts attributed the relatively muted market reaction to expectations the European Central Bank would act to limit any damage. The ECB’s governing council was holding a conference call on Monday to decide how long to keep Greek banks afloat.