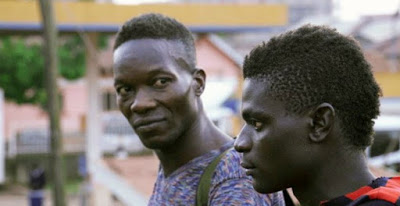 Last night Britain’s Channel 4 aired Hunted: Gay And Afraid, which points to US-based Christian groups such as the World Congress Of Families and NOM as fomenting anti-LGBT violence across Africa. The Independent reviews:

MacKean’s film focused not on the victims but on the “villains”, specifically the World Congress of Families, an organisation which, though based in the US, has tentacles stretching into Europe, Africa and beyond. View footage of any high-level meeting to draft draconian, homophobic legislation, anywhere in the world, and it seems you’ll find a WCF member or affiliate lurking in the corner of the frame. Figures such as the WCF managing director, Pastor Larry Jacobs, and Brian Brown, president of the National Organisation for Marriage, were tracked down by MacKean and confronted with the accusation that the effect of their lobbying can be to legitimise violence. This isn’t news to viewers of the above-mentioned documentaries. It was striking to note how the same lobbying tactics have been replicated from country to country: First, select a biddable local politician as a frontman, then falsely conflate homosexuality with child abuse, spuriously blame gay people for public health issues and repeat as necessary.

Earlier this week the World Congress of Families issued a press release denouncing the show:

The documentary-produced by the British TV current affairs documentary series, “Dispatches” -claims to “expose the backlash against gay rights and to shed light on WCF.” From its early promotional material, it appears that the documentary is filled with misinformation, intentional or otherwise, thus failing to acknowledge that WCF is not a lobbying group and has never advocated for laws that would harm, harass, or disparage those choosing an LGBT lifestyle. WCF does, however, support policies and legislation that strengthen the welfare of the natural family and protects human rights for all consistent with The United Nations Universal Declaration of Human Rights.
“Reputable journalists and documentarians strive to present the truth. We ask that the producers of this documentary get correct information and not tarnish their reputation by airing falsehoods about our organization for the sole purpose of promoting a particular agenda,” said Janice Shaw Crouse, a member of the Board of Directors of WCF and Executive Director of the World Congress on Families IX. “At the very least, they should seek comment or reaction from official representatives of WCF about the information they have collected.”

The press release goes on to blame the SPLC and the HRC for promulgating “negative and unwarranted attacks” against them. The WCF has also issued a lengthy “Call For Civil Dialogue” which purports to contradict the charges against them. See that message, but read it carefully and you’ll see that the WCF basically admits most of the claims made by the SPLC and HRC.

VIDEO: The full Channel 4 documentary has been posted online, but I’m unable to make to video player work at this writing.

RELATED: Last September Brian Brown and representatives from the World Congress of Families attended a Kremlin summit which concluded with a formal written call for more nations to enact brutal anti-LGBT laws.