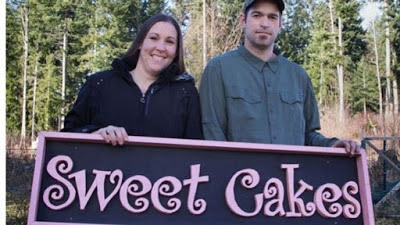 Via the Washington Times:

A crowdfunding campaign for the Oregon bakery Sweet Cakes by Melissa has set a site record by raising $352,500 in about two months after being kicked off the GoFundMe website, far exceeding the initial goal of $150,000. Jesse Wellhoefer, founder of Continue to Give, said the Sweet Cakes effort has raised more than any previous campaign on behalf of individuals in the three-year-old crowdfunding website’s history. Mr. Wellhoefer said his company had received “lots and lots” of complaints about the Sweet Cakes crowdfunding campaign, but that he has refused to remove it. “Lots of people have been asking us to take it off,” Mr. Wellhoefer said. “Our response has been, ‘Thank you for your concern, have a great day and God bless you.’” Launched May 5, the Sweet Cakes crowdfunding campaign has received 7,651 donations and thousands of messages of support such as, “Keep on fighting,” “God bless you,” and “Don’t back down!! We are standing with you.”

The amount raised is nearly triple the fine. Plus it appears the Kleins get to keep the $110K raised before GoFundMe pulled the plug. (Tipped by JMG reader Blair)