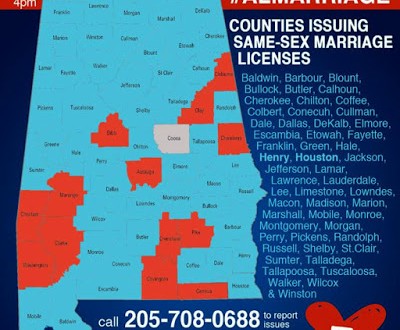 Via press release issued yesterday by the Campaign For Southern Equality: