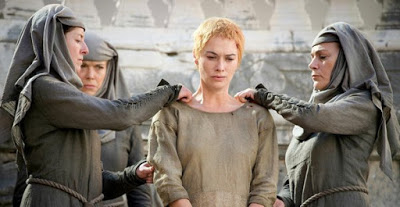 24 Emmy Noms For Game Of Thrones

The elaborate fantasy saga “Game of Thrones” received a leading 24 Emmy Awards nominations Thursday, its stature apparently untouched by backlash over a female character’s rape scene. The series is a contender again for top drama honors, an award that has eluded it since it debuted in 2011. TV academy voters rarely give shows in the sci-fi or other genres the ultimate accolade. The TV academy took a step toward recognizing the increasingly diverse talent on TV, giving best actress nods to black stars Taraji P. Henson for “Empire” and Viola Davis for “How to Get Away with Murder.” That sets up a possibility of a history-making win: An African-American actress has never won the top drama acting award. “I gotta win! I gotta win for history!” an exuberant Henson said when asked about the prospect during an “Empire” panel in May. However, two-time nominee Kerry Washington of “Scandal” was left out this year.

Also receiving multiple nominations is Transparent, with a best actor nomination going to Jeffrey Tambor. Variety has the full list.