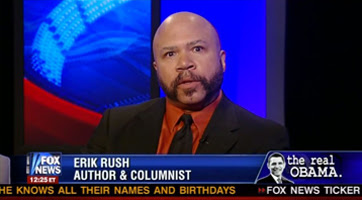 “What we are in fact seeing is the political left, through deception, incrementalism and outright violation of the Constitution, insidiously maneuvering rational, law-abiding Americans into a position so untenable that at some elusive but inevitable point, violent civil disobedience – vigilantism – may be the only practicable response.” – Erik Rush, writing for World Net Daily.