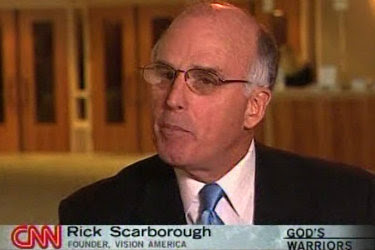 Move over, couple who promised to get a divorce if gay marriage was legalised, because one Texas pastor has taken his opposition to marriage equality one step further. Rick Scarborough, a Baptist pastor and Christian political activist, has said he would be willing to be burned to death in his fight against gay rights. He made the bizarre pledge while speaking to EW Jackson, a right-wing minister and politician, on the National Emergency Coalition show, a podcast linked to Jackson’s group, Staying True to America’s National Destiny (STAND). Speaking about his commitment to traditional values in the face of public condemnation, Scarborough said: “We are not going to bow, we are not going to bend, and if necessary we will burn.” Scarborough did not specify whether he was talking about self-immolation, or being burned for his views by other people.

PREVIOUSLY ON JMG:  Rick Scarborough leads Christian coalition which declares willingness to go to prison over same-sex marriage. Rick Scarborough says God would be “perfectly justified in nuking America because we have gay ambassadors. Rick Scarborough suggests filing a class action lawsuit against homosexuality itself.