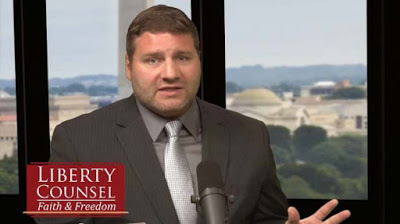 “What we saw happen in Ireland was clearly a mass rebellion against God’s design, clear design, millennia-old design for the institution of marriage. As history has shown over and over again, any society that abandons monogamous man-woman marriage as a central aspect of that culture and embraces sexual relativism as they have now done in Ireland, that culture and that society is not long for the world. I don’t know how much longer we can expect [to survive]. Certainly, this novelty of so-called gay marriage is going to be one of the primary, I believe, drawbacks that end up potentially leading to the end of western civilization as we certainly know it now, at least.”