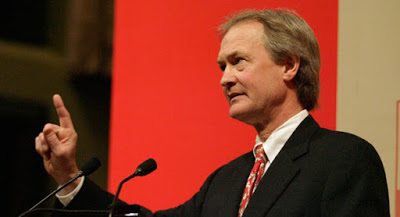 Former Rhode Island Gov. Lincoln Chafee is set to enter the Democratic presidential field Wednesday afternoon, making a bid to become the foreign policy foil to front-runner Hillary Clinton. While the majority of presidential contenders launched their bids at large rallies in their home states, Chafee will announce his candidacy during a foreign policy speech at George Mason University at 5:30 p.m., a campaign aide confirmed to The Hill. Since the surprise announcement of his exploratory committee back in April, Chafee’s national media appearances have largely focused on rebuking Clinton’s vote to authorize the War in Iraq. Chafee, the only Republican senator to vote against the authorization as Clinton’s Senate colleague, called her vote a “disqualifier” in a previous interview with The Hill and said it helped lead to the rise of Islamic militants in the Middle East.

That brings the 2016 Democratic field to four.