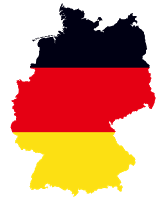 The German Parliament’s upper house is calling on the government to embrace full-fledged marriage for gay couples, an attempt to step up pressure on Chancellor Angela Merkel’s conservative party. The upper house represents Germany’s 16 state governments and has a left-wing majority — unlike the lower house. The resolution approved Friday doesn’t force the government to take any action, as the state governments stopped short of sending a draft law to the lower house for a possible vote. Same-sex couples in Germany have been able to enter civil unions that fall short of marriage since a center-left government introduced them in 2001. Merkel’s conservatives are refusing to go further though their coalition partners, the center-left Social Democrats, back gay marriage.

In its resolution, titled “Marriage for everyone – resolution for full equality of same-sex couples,” the assembly proposes changing the German Civil Code to include marriage equality; the proposed changes to the Civil Code would also grant same-sex couples equal adoption rights. ‘Nothing is more powerful than an idea whose time has come,’ said Malu Dreyer, minister president of Rhineland-Palatinate, in discussions today, before stating Ireland’s landslide referendum result had shown there was no reason not to grant full equality. The assembly approved the resolution with 40 – 29 votes, due to the higher number of states governed by Labor / Greens or Labor / Left coalitions. Although the German government is obliged to react to a resolution, it does not bind them.

Two weeks ago a spokesman for Chancellor Angela Merkel declared that same-sex marriage “is not a goal of this government.”