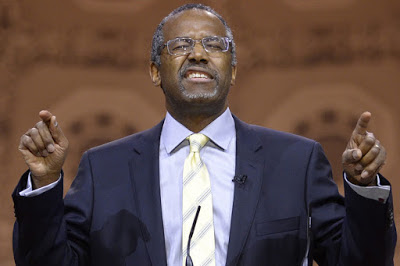 “I hope it will be revisited because the reason that we have separation of powers is to prevent runaway courts, runaway executive branch, runaway legislative branch. The laws are made by the legislative branch. And, you know, you can make a law to negate virtually anything, you just have to be creative in the way that you do it. So no, I don’t think it’s over by any stretch of the imagination.” – Ben Carson, speaking on right wing radio. Carson added that as president he’ll “certainly get involved” in overturning Obergefell.

Previous Obama To Expand Overtime Coverage
Next Third Eagle Of Apocalypse: Jesus Will Have Putin Destroy USA Over Marriage