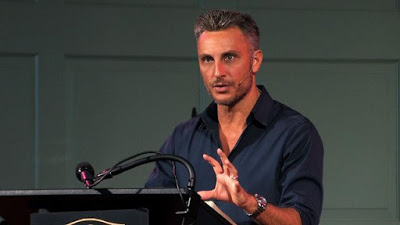 Billy Graham’s grandson Tullian Tchividjian has resigned from his pulpit at Coral Ridge Presbyterian, a high-profile church in south Florida, after admitting he had an affair. Tchividjian, 42, has been married to his wife, Kim, since 1994 and they have three children. Many have considered Tchividjian (pronounced cha-vi-jin) a rising star in evangelicalism, especially in Reformed circles. He is the fourth Florida megachurch pastor to resign after having affairs, including the son of megachurch pastor Joel Hunter.

In 2009, Tchividjian succeeded the late James Kennedy as senior pastor of Coral Ridge. Kennedy was one of the architects of the Religious Right, a movement of evangelicals who became intertwined in more conservative politics. However, Tchividjian decided to preach less about politics, unlike his uncle Franklin Graham, founder of Samaritan’s Purse. Billy Graham, 96, was one of the most influential religious leaders of the 20th century and an adviser to many U.S. presidents. Tchividjian’s mother is Billy Graham’s oldest child.

The church has issued a statement:

Several days ago, Pastor Tullian admitted to moral failure, acknowledging his actions disqualify him from continuing to serve as senior pastor or preach from the pulpit, and resigned – effective immediately. We are saddened by this news, but are working with and assisting Pastor Tullian and his family to help them through this difficult time, and asking people to join us in praying that God will bring restoration through this process and healing to all involved.