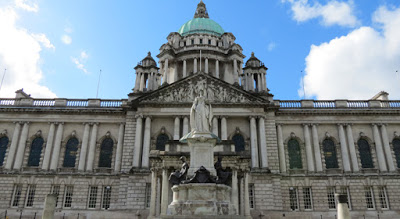 Belfast City Council has voted in favour of same-sex marriage at a meeting on Monday. A total of 38 councillors voted for, 13 voted against and there were two abstentions, so the motion was carried. It had been moved by Alliance councillor Emmet McDonough-Brown. Councillors from Sinn Féin, the SDLP, Green Party, PUP, People Before Profit and Alliance spoke in support of the motion. All the Sinn Fein and Alliance councillors voted in favour, all but two of the SDLP councillors joined them, as well as the PUP, Gerry Carroll, People Before Profit Alliance, and the Green Party. All but three Ulster Unionists also voted for the motion. Three UU members voted against and they were joined by all of the DUP councillors. Two SDLP councillors abstained from the vote.

In April the Northern Ireland Assembly narrowly rejected a proposal to introduce a same-sex marriage bill in a 49-47 vote. Same-sex marriage laws went into effect in England and Wales in March 2014 and in Scotland in December 2014.